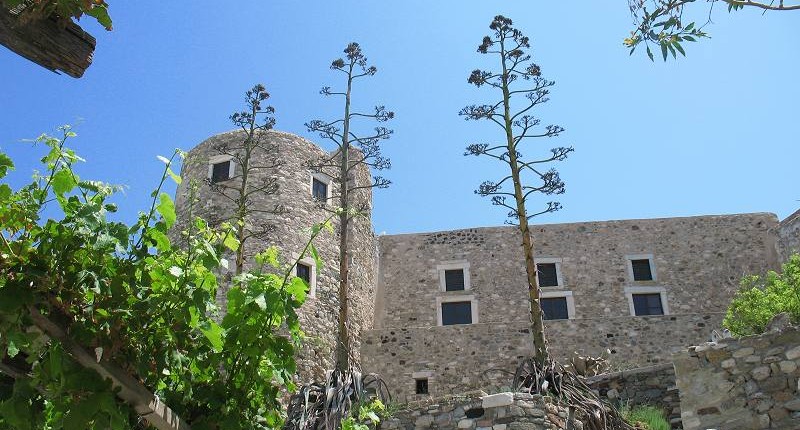 Naxos makes history in 1207 when the Venetian Marco Sanudo captured the island’s chief Byzantine castle, T’aparilou, and declared himself Duke of Naxos, ruler over all the adventures who had grabbed the Aegean Islands after the conquest in Constantinopole.

When Venice refused to grant Sanudo the independent status he desired, he broke away in 1210 and became the Latin Emperor’s Duke of the Archipelago. Archipelago was the Byzantine name for the Agean; under Sanudo and his successors, it took on the meaning, ‘a group of islands’, in this case the Cyclades. Even after the Turkish conquest in 1564 the Dukes of Naxos remained in nominal control of Cyclades, although anwerable to the Sultan.

After slaying the Minotaur, the Athenian hero Theseus and Ariadne, the Cretan princess who loved...

Like the rest of Cyclades, the local and original Cycladic civilization developed in Naxos Island...